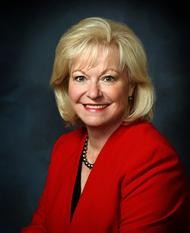 “We are excited to have Mrs. Leatherman join the NESA Executive Committee,” former S.C. Lt. Governor and NESA Executive Committee Chairman Yancey McGill said. “Her professional knowledge, business insight, and knowledge of federal, state, county, city leaders, as well as, the NESA region will have great benefit to all of our nine counties.”
McGill added Leatherman has a “long list of awards, recognitions, and experience that make her the perfect choice to join this committee.”

Most recently, she was named the 2022 Marion Medallion recipient by Francis Marion University and the Florence Morning News. This award recognizes those who give of themselves for the betterment of others.

“We look forward to having her as our newest committee member as we continue to strengthen the NESA region with new jobs, capital investment and by supporting our existing businesses and industry,” McGill said.

NESA is a non-profit regional economic development organization whose goal is to create jobs and capital investment for the nine counties they serve in the Northeastern corner of South Carolina including Chesterfield, Darlington, Dillon, Florence, Horry, Georgetown, Marion, Marlboro, and Williamsburg Counties.

NESA Executive Director Jeff McKay said he is excited with the addition of Mrs. Leatherman to the executive committee and equally excited about the future opportunities of the NESA region and the state of South Carolina.